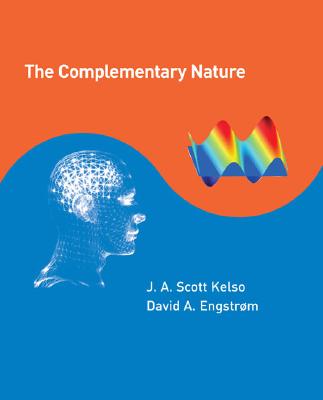 Why do we divide our world into contraries? Why do we perceive and interpret so many of life's contraries as mutually exclusive, either/or dichotomies such as individual collective, self other, body mind, nature nurture, cooperation competition? Throughout history, many have recognized that truth may well lie in between such polar opposites. In The Complementary Nature, Scott Kelso and David Engstrom contend that ubiquitous contraries are complementary and propose a comprehensive, empirically based scientific theory of how the polarized world and the world in between can be reconciled. They nominate the tilde, or squiggle ( ), as the symbolic punctuation for reconciled complementary pairs.

Experiments show that the human brain is capable of displaying two apparently contradictory, mutually exclusive behaviors at the same time. Coordination dynamics -- a mathematically expressed theory that reconciles the scientific language of "states" with the novel dynamical language of "tendencies" -- attests to the complementary nature inherent in human brains and behavior. It may explain, Kelso and Engstrom argue, why we (and nature) appear to partition things, events, and ideas into pairs. Kelso and Engstrom's account is not just metaphorical; the reconciliations they describe are grounded in the principles and mathematical language of the theory of coordination dynamics. The Complementary Nature provides a clear-cut methodology for this evolving theory of brain and behavior that can also be applied to areas and developments outside the neurosciences, hence aiding reconciliations within and between disparate fields.

David A. Engstrom holds a Ph.D. in Neuropharmacology from the University of Colorado Health Sciences Center. Since 1991, he has worked with Scott Kelso to develop a conceptual link between coordination dynamics and complementary pairs.
or
Not Currently Available for Direct Purchase