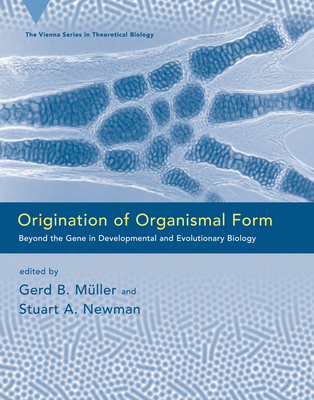 Beyond the Gene in Developmental and Evolutionary Biology

A more comprehensive version of evolutionary theory that focuses as much on the origin of biological form as on its diversification.

Drawing on work from developmental biology, paleontology, developmental and population genetics, cancer research, physics, and theoretical biology, this book explores the multiple factors responsible for the origination of biological form. It examines the essential problems of morphological evolution--why, for example, the basic body plans of nearly all metazoans arose within a relatively short time span, why similar morphological design motifs appear in phylogenetically independent lineages, and how new structural elements are added to the body plan of a given phylogenetic lineage. It also examines discordances between genetic and phenotypic change, the physical determinants of morphogenesis, and the role of epigenetic processes in evolution. The book discusses these and other topics within the framework of evolutionary developmental biology, a new research agenda that concerns the interaction of development and evolution in the generation of biological form. By placing epigenetic processes, rather than gene sequence and gene expression changes, at the center of morphological origination, this book points the way to a more comprehensive theory of evolution.