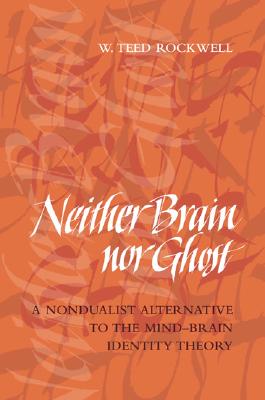 Neither Brain Nor Ghost (Hardcover)

A Nondualist Alternative to the Mind-Brain Identity Theory

In this highly original work, Teed Rockwell rejects both dualism and the mind-brain identity theory. He proposes instead that mental phenomena emerge not merely from brain activity but from an interacting nexus of brain, body, and world. The mind can be seen not as an organ within the body, but as a "behavioral field" that fluctuates within this brain-body-world nexus. If we reject the dominant form of the mind-brain identity theory -- which Rockwell calls "Cartesian materialism" (distinct from Daniel Dennett's concept of the same name) -- and accept this new alternative, then many philosophical and scientific problems can be solved. Other philosophers have flirted with these ideas, including Dewey, Heidegger, Putnam, Millikan, and Dennett. But Rockwell goes further than these tentative speculations and offers a detailed alternative to the dominant philosophical view, applying pragmatist insights to contemporary scientific and philosophical problems.

Rockwell shows that neuroscience no longer supports the mind-brain identity theory because the brain cannot be isolated from the rest of the nervous system; moreover, there is evidence that the mind is hormonal as well as neural. These data, and Rockwell's reanalysis of the concept of causality, show why the borders of mental embodiment cannot be neatly drawn at the skull, or even at the skin. Rockwell then demonstrates how his proposed view of the mind can resolve paradoxes engendered by the mind-brain identity theory in such fields as neuroscience, artificial intelligence, epistemology, and philosophy of language. Finally, he argues that understanding the mind as a "behavioral field" supports the new cognitive science paradigm of dynamic systems theory (DST).

W. Teed Rockwell is in the philosophy department at Sonoma State University.
or
Not Currently Available for Direct Purchase
Copyright © 2020 American Booksellers Association