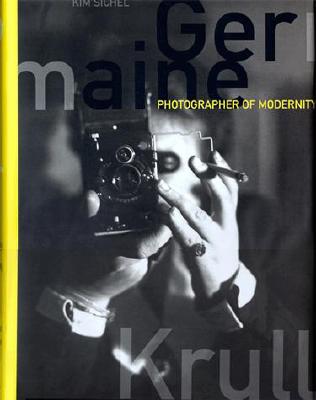 Germaine Krull (1897-1985) led an extraordinary life that spanned nine decades and four continents. She witnessed many of the high points of modernism and recorded some of the major upheavals of the twentieth century. Her photographs include avant-garde montages, ironic studies of female nudes, press propaganda shots, as well as some of the most successful commercial and fashion images of her day. Her political commitments led her from communist allegiance to incarceration in Russia as a counterrevolutionary to support of the Free French cause against Hitler to a reclusive existence among Tibetan monks in India. Kim Sichel's study of this remarkable artist reveals a life of deep convictions, implausible transformations, complex emotional relationships, and inspired achievements.

Krull refused to limit herself to one long-term relationship, one geographical region, or one set of religious and moral beliefs. Contemporary critics ranked her with Man Ray and Andre Kertesz. Younger photographers such as Berenice Abbott looked up to her. Yet until recently the absence of an archive has made a proper evaluation of Krull's contribution to photography and to modernism difficult if not impossible. In this book Sichel examines Krull's autobiographical texts and photographic oeuvre to present and unravel the rich mythology that Krull fabricated around her life and work. The chapters follow the geographical and chronological sequence of Krull's life, moving from Munich to Moscow to Berlin to Amsterdam to Paris to Brazil to Africa to Bangkok and other locations. This book, which accompanies the first major retrospective exhibition on Krull, should secure Krull's rightful place among the masters of twentieth-century photography.