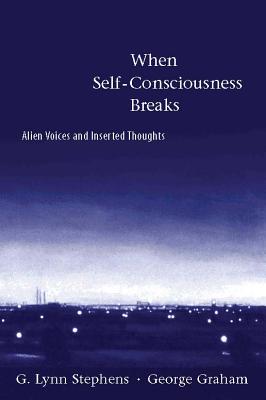 In this book, G. Lynn Stephens and George Graham examine verbal hallucinations and thought insertion as examples of what they call alienated self-consciousness. In such cases, a subject is directly or introspectively aware of an episode in her mental life but experiences it as alien, as somehow attributable to another person.

Stephens and Graham explore two sorts of questions about verbal hallucinations and thought insertion. The first is their phenomenology--what the experience is like for the subject. The second concerns the implications of alien episodes for our general understanding of self-consciousness. Psychopathologists look at alien episodes for what they reveal about the underlying pathology of mental illness. As philosophers, the authors ask what they reveal about the underlying psychological structure and processes of human self-consciousness.

The authors suggest that alien episodes are caused by a disturbed sense of agency, a condition in which the subject no longer has the sense of being the agent who thinks or carries out the thought. Distinguishing the sense of subjectivity from that of agency, they make the case that the sense of agency is a key element in self-consciousness.

George Graham is a Professor of Philosophy and Neuroscience at Georgia State University in Atlanta, Georgia.
Loading...
or
Not Currently Available for Direct Purchase