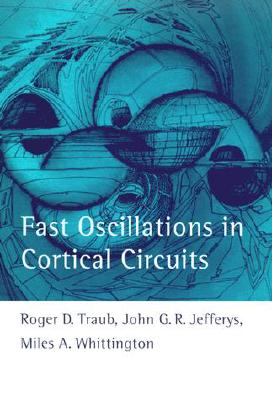 The study of cortical oscillations is of great interest to those working in many areas of neuroscience. A fast coherent EEG rhythm called gamma or 40 Hz has been implicated in cognition, as it may play a role in binding together features of objects. This rhythm may also be important for consciousness, as a number of drugs that induce general anesthesia disrupt the synchronization of the rhythm at clinically relevant concentrations. There is also suggestive evidence implicating dysfunction of gamma rhythms in Alzheimer's disease, and perhaps in other neuropsychiatric disorders.

In Fast Oscillations in Cortical Circuits, the authors use a combination of electrophysiological and computer modeling techniques to analyze how large networks of neurons can produce both epileptic seizures and functionally relevant synchronized oscillations. Specific topics covered include single hippocampal pyramid cells, hippocampal interneurons, synaptic interactions, gamma oscillations in brain slices as well as in vivo, the mechanisms of oscillation-synchronization (both local and long-range), the switch from gamma to beta frequencies and its implications for memory, and the significance of gamma oscillations for brain function.