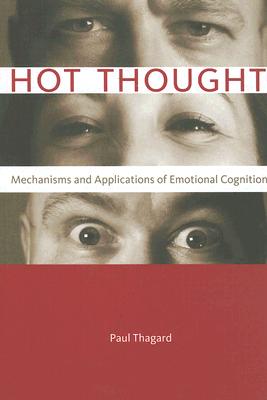 Mechanisms and Applications of Emotional Cognition

Contrary to standard assumptions, reasoning is often an emotional process. Emotions can have good effects, as when a scientist gets excited about a line of research and pursues it successfully despite criticism. But emotions can also distort reasoning, as when a juror ignores evidence of guilt just because the accused seems like a nice guy. In "Hot Thought," Paul Thagard describes the mental mechanisms -- cognitive, neural, molecular, and social -- that interact to produce different kinds of human thinking, from everyday decision making to legal reasoning, scientific discovery, and religious belief, and he discusses when and how thinking and reasoning should be emotional.

Thagard argues that an understanding of emotional thinking needs to integrate the cognitive, neural, molecular, and social levels. Many of the chapters employ computational models of various levels of thinking, including HOTCO (hot cognition) models and the more neurologically realistic GAGE model. Thagard uses these models to illuminate thinking in the domains of law, science, and religion, discussing such topics as the role of doubt and reasonable doubt in legal and other contexts, valuable emotional habits for successful scientists, and the emotional content of religious beliefs. Identifying and assessing the impact of emotion, Thagard argues, can suggest ways to improve the process of reasoning.