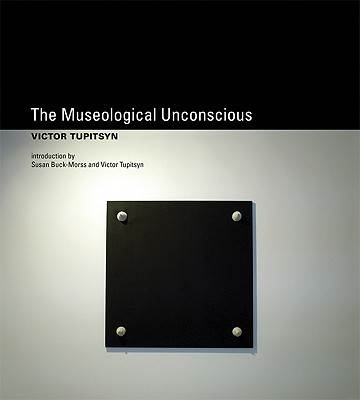 The history of contemporary art in Russia, from socialist realism to the post-Soviet alternative art scene.

In The Museological Unconscious, Victor Tupitsyn views the history of Russian contemporary art through a distinctly Russian lens, a "communal optic" that registers the influence of such characteristically Russian phenomena as communal living, communal perception, and communal speech practices. This way of looking at the subject allows him to gather together a range of artists and art movements--from socialist realism to its "dangerous supplement," sots art, and from alternative photography to feminism--as if they were tenants in a large Moscow apartment.

Describing the notion of "communal optics," Tupitsyn argues that socialist realism does not work without communal perception--which, as he notes, does not easily fit into crates when paintings travel out of Russia for exhibition in Kassel or New York. Russian artists, critics, and art historians, having lived for decades in a society that ignored or suppressed avant-garde art, have compensated, Tupitsyn claims, by developing a "museological unconscious"--the "museification" of the inner world and the collective psyche.

Victor Tupitsyn is a critic and theorist living in New York and Paris. He is on the advisory board of Third Text, London.
Loading...
or
Not Currently Available for Direct Purchase