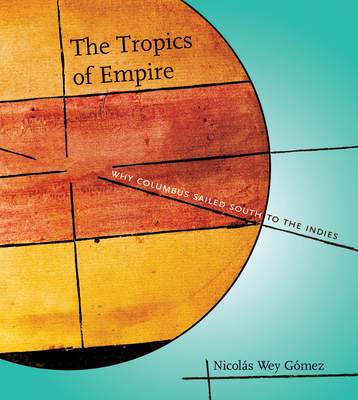 The Tropics of Empire

Why Columbus Sailed South to the Indies (Transformations: Studies in the History of Science and Technology)

A radical revision of the geographical history of the discovery of the Americas that links Columbus's southbound route with colonialism, slavery, and today's divide between the industrialized North and the developing South.

Everyone knows that in 1492 Christopher Columbus sailed west across the Atlantic, seeking a new route to the East. Few note, however, that Columbus's intention was also to sail south, to the tropics. In The Tropics of Empire, Nicol's Wey G mez rewrites the geographical history of the discovery of the Americas, casting it as part of Europe's reawakening to the natural and human resources of the South. Wey G mez shows that Columbus shared in a scientific and technical tradition that linked terrestrial latitude to the nature of places, and that he drew a highly consequential distinction between the higher, cooler latitudes of Mediterranean Europe and the globe's lower, hotter latitudes. The legacy of Columbus's assumptions, Wey G mez contends, ranges from colonialism and slavery in the early Caribbean to the present divide between the industrialized North and the developing South. This distinction between North and South allowed Columbus to believe not only that he was heading toward the largest and richest lands on the globe but also that the people he would encounter there were bound to possess a nature (whether "childish" or "monstrous") that seemed to justify rendering them Europe's subjects or slaves. The political lessons Columbus drew from this distinction provided legitimacy to a process of territorial expansion that was increasingly being construed as the discovery of the vast and unexpectedly productive "torrid zone." The Tropics of Empire investigates the complicated nexus between place and colonialism in Columbus's invention of the American tropics. It tells the story of a culture intent on remaining the moral center of an expanding geography that was slowly relegating Europe to the northern fringe of the globe. Wey G mez draws on sources that include official debates over Columbus's proposal to the Spanish crown, Columbus's own writings and annotations, and accounts by early biographers. The Tropics of Empire is illustrated by color reproductions of period maps that make vivid the geographical conceptions of Columbus and his contemporaries.

Sean Cook is currently pursuing a joint PhD in Drama and the Humanities fromStanford University.
Loading...
or support indie stores by buying on
(This book is on backorder)