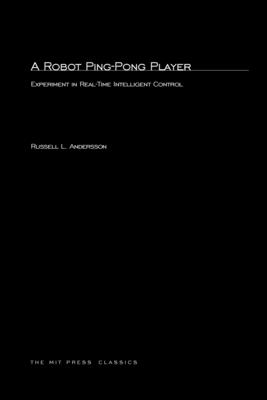 This tour de force in experimental robotics describes the first robot able to play, and even beat, human ping-pong players.

This tour de force in experimental robotics paves the way toward understanding dynamic environments in vision and robotics. It describes the first robot able to play, and even beat, human ping-pong players.Constructing a machine to play ping-pong was proposed years ago as a particularly difficult problem requiring fast, accurate sensing and actuation, and the intelligence to play the game. The research reported here began as a series of experiments in building a true real-time vision system. The ping-pong machine incorporates sensor and processing techniques as well as the techniques needed to intelligently plan the robot's response in the fraction of a second available. It thrives on a constant stream of new data. Subjectively evaluating and improving its motion plan as the data arrives, it presages future robot systems with many joints and sensors that must do the same, no matter what the task.

A Robot Ping-Pong Player is included in the Artificial Intelligence Series, edited by Patrick Winston and Michael Brady.