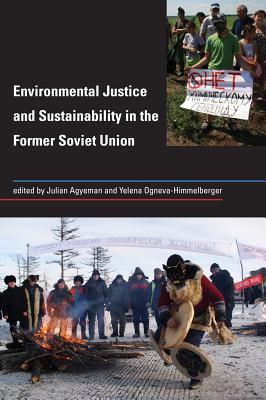 An examination of the awareness of environmental and social justice issues in the former Soviet republics--from the Western-style democracies of the Baltic region to the totalitarian regimes of Central Asia--and the resulting activism in those states.

The legacy of environmental catastrophe in the states of the former Soviet Union includes desertification, pollution, and the toxic aftermath of industrial accidents, the most notorious of which was the Chernobyl disaster of 1986. This book examines the development of environmental activism in Russia and the former Soviet republics in response to these problems and its effect on policy and planning. It also shows that because of increasing economic, ethnic, and social inequality in the former Soviet states, debates over environmental justice are beginning to come to the fore.

The book explores the varying environmental, social, political, and economic circumstances of these countries--which range from the Western-style democracies of the Baltic states to the totalitarian regimes of Central Asia--and how they affect the ecological, environmental, and public health. Among the topics covered are environmentalism in Russia (including the progressive nature of its laws on environmental protection, which are undermined by overburdened and underpaid law enforcement); the effect of oil wealth on Azerbaijan and Kazakhstan; the role of nationalism in Latvian environmentalism; the struggle of Russia's indigenous peoples for environmental justice; public participation in Estonia's environmental movement; and lack of access to natural capital in Tajikistan.

Environmental Justice and Sustainability in the Former Soviet Union makes clear that although fragile transition economies, varying degrees of democratization, and a focus on national security can stymie progress toward "just sustainability," the diverse states of the former Soviet Union are making some progress toward "green" and environmental justice issues separately.

Yelena Ogneva-Himmelberger is Assistant Professor of International Development, Community and Environment at Clark University.
Loading...
or
Not Currently Available for Direct Purchase