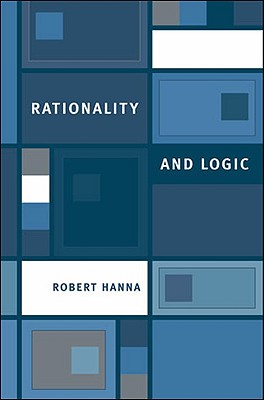 In Rationality and Logic, Robert Hanna argues that logic is intrinsically psychological and that human psychology is intrinsically logical. He claims that logic is cognitively constructed by rational animals (including humans) and that rational animals are essentially logical animals. In order to do so, he defends the broadly Kantian thesis that all (and only) rational animals possess an innate cognitive logic faculty. Hanna's claims challenge the conventional philosophical wisdom that sees logic as a fully formal or topic-neutral science irreconcilably separate from the species- or individual-specific focus of empirical psychology.Logic and psychology went their separate ways after attacks by Frege and Husserl on logical psychologism--the explanatory reduction of logic to empirical psychology. Hanna argues, however, that--despite the fact that logical psychologism is false--there is an essential link between logic and psychology. Rational human animals constitute the basic class of cognizers or thinkers studied by cognitive psychology; given the connection between rationality and logic that Hanna claims, it follows that the nature of logic is significantly revealed to us by cognitive psychology. Hanna's proposed logical cognitivism has two important consequences: the recognition by logically oriented philosophers that psychologists are their colleagues in the metadiscipline of cognitive science; and radical changes in cognitive science itself. Cognitive science, Hanna argues, is not at bottom a natural science; it is both an objective or truth-oriented science and a normative human science, as is logic itself.

Robert Hanna is Professor of Philosophy at the University of Colorado at Boulder. He is the author of Kant and the Foundations of Analytical Philosophy.
Loading...
or
Not Currently Available for Direct Purchase