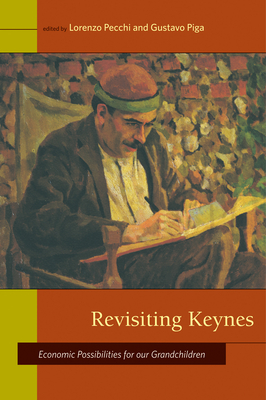 Economic Possibilities for Our Grandchildren

In 1931 distinguished economist John Maynard Keynes published a short essay, “Economic Possibilities for Our Grandchildren,” in his collection Essays in Persuasion. In the essay, he expressed optimism for the economic future despite the doldrums of the post-World War I years and the onset of the Great Depression. Keynes imagined that by 2030 the standard of living would be dramatically higher; people, liberated from want (and without the desire to consume for the sake of consumption), would work no more than fifteen hours a week, devoting the rest of their time to leisure and culture. In Revisiting Keynes, leading contemporary economists consider what Keynes got right in his essay—the rise in the standard of living, for example—and what he got wrong—such as a shortened work week and consumer satiation. In so doing, they raise challenging questions about the world economy and contemporary lifestyles in the twenty-first century.

The contributors—among them, four Nobel laureates in economics—point out that although Keynes correctly predicted economic growth, he neglected the problems of distribution and inequality. Keynes overestimated the desire of people to stop working and underestimated the pleasures and rewards of work—perhaps basing his idea of “economic bliss” on the life of the English gentleman or the ideals of his Bloomsbury group friends. In Revisiting Keynes, Keynes's short essay—usually seen as a minor divertissement compared to his other more influential works—becomes the catalyst for a lively debate among some of today's top economists about economic growth, inequality, wealth, work, leisure, culture, and consumerism.


Praise For Revisiting Keynes: Economic Possibilities for Our Grandchildren…

In this book, Keynes's essay (which says as much about his outsider-insider position in the Bloomsbury Group as anything else) serves as the ink blot in a Rorschach test for leading contemporary economists. Their interpretations of it reveal some of their underlying attitudes to economy and society, just as he revealed his when he wrote it.—John Toye, Economic History Review—

The differences in the contributors' research backgrounds and disposition toward Keynesian ideas add richness to the analysis as they bring their own perspectives to bear on Keynes' work and most readers will likely agree that the book could not be more timely.

Lorenzo Pecchi is Managing Director at UniCredit Markets and Investment Banking Division and Adjunct Professor at the University of Rome Tor Vergata.

Gustavo Piga is Professor of Economics at the University of Rome Tor Vergata.

Edmund S. Phelps is McVickar Professor of Political Economy at Columbia University and founder of Columbia's Center on Capitalism and Society. He was the 2006 Nobel Laureate in Economics.

Benjamin M. Friedman is William Joseph Maier Professor of Political Economy at Harvard University and the author of The Moral Consequences of Economic Growth.

William J. Baumol is Professor of Economics at New York University and Director of the university's C. V. Starr Center for Applied Economics.
Loading...
or support indie stores by buying on
(This book is on backorder)