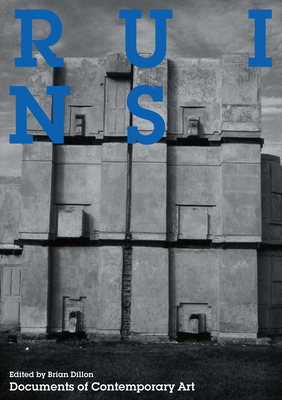 A comprehensive examination of "ruins" of the modern era in contemporary art and cultural theory.

The "ruins" of the modern era are the landmarks of recent art's turn toward site and situation, history and memory. The abiding interest of artists in ruination and decay has led in particular to the concept of the modern ruin--an ambiguous site of artistic and architectural modernism, personal and collective memories, and the cultural afterlife of eras such as those of state communism and colonialism. Contemporary art's explorations of the ruin can evoke on the one hand diverse experiences of nostalgia and on the other a ceaselessly renewed encounter with catastrophes of the recent past and apprehensions of the future. For every relic of a harmonious era or utopian dream stands another recalling industrial decline, environmental disaster, and the depredations of war.

This anthology provides a comprehensive survey of the contemporary ruin in cultural discourse, aesthetics, and artistic practice. It examines the development of ruin aesthetics from the early modern era to the present; the ruin as a privileged emblem of modernity's decline; the relic as a portal onto the political history of the recent past; the destruction and decline of cities and landscapes, with the emergence of "non-places" and "drosscape"; the symbolism of the entropic and decayed in critical environmentalism; and the confusing temporalities of the ruin in recent art--its involution of timescales and perspectives as it addresses not just the past but the future.

Brian Dillon is the UK editor of Cabinet and the author of In the Dark Room, Sanctuary, and The Hypochondriacs. He is an editorial board member of TATE Etc. and Art Review, and a regular contributor to numerous journals including Artforum and frieze. Since 2008 he has been AHRC Research Fellow in the Creative and Performing Arts at the University of Kent, Canterbury.
or support indie stores by buying on
(This book is on backorder)
Copyright © 2020 American Booksellers Association