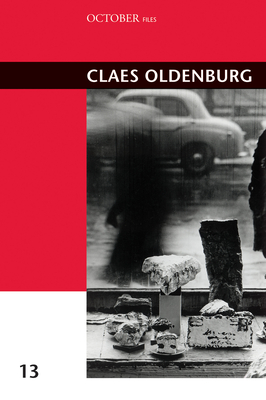 Contemporary criticism, interviews, scholarly reassessments, and texts by the artist focusing on Claes Oldenburg's sculptures, installations, and multimedia performances between 1960 and 1965.

Claes Oldenburg (born in 1929) is largely known today as a pop art sculptor. Oldenburg himself described his formless canvas and vinyl soft sculptures--gigantic hamburgers and ice cream cones, cushiony toilets and typewriters--as "objects that elude definition." This collection of writings revisits not only Oldenburg's soft objects from the early to mid 1960s but also his pioneering installations The Street (1960) and The Store (1961-1962) and his often overlooked multimedia performances. As the artist translated his ideas and beliefs into various media and formats, his work drew on a range of styles and schools, including abstract expressionism, Happenings, pop art, minimalism, and postminimalism. Perhaps because of their refusal to be classified, these artworks are as contemporary today as they were when they were created between 1960 and 1965.

This collection serves both as a summation of early critical thinking on Oldenburg's art and a starting point for consideration of the artist as a forerunner of current art trends of stylelessness and intermediality. It includes both contemporary criticism and more recent scholarly reassessments, interviews with the artist, and Oldenburg's own unpublished manifesto on the Ray Gun Theater (the artist's name for his performance series in the back of The Store).

Nadja Rottner is Assistant Professor of Art History at the University of Michigan-Dearborn.
Loading...
or
Not Currently Available for Direct Purchase