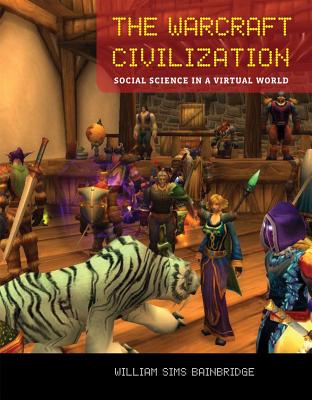 Social Science in a Virtual World

An exploration of the popular online role-playing game World of Warcraft as a virtual prototype of the real human future.

World of Warcraft is more than a game. There is no ultimate goal, no winning hand, no princess to be rescued. WoW is an immersive virtual world in which characters must cope in a dangerous environment, assume identities, struggle to understand and communicate, learn to use technology, and compete for dwindling resources. Beyond the fantasy and science fiction details, as many have noted, it's not entirely unlike today's world. In The Warcraft Civilization, sociologist William Sims Bainbridge goes further, arguing that WoW can be seen not only as an allegory of today but also as a virtual prototype of tomorrow, of a real human future in which tribe-like groups will engage in combat over declining natural resources, build temporary alliances on the basis of mutual self-interest, and seek a set of values that transcend the need for war.

What makes WoW an especially good place to look for insights about Western civilization, Bainbridge says, is that it bridges past and future. It is founded on Western cultural tradition, yet aimed toward the virtual worlds we could create in times to come.

William Sims Bainbridge is a prolific and influential sociologist who has worked in both academia and government, currently as Director of the Human-Centered Computing program at the National Science Foundation. He is the author of many books, including Nanoconvergence, Across the Secular Abyss, and God from the Machine: Artificial Intelligence Models of Religious Cognition.
Loading...
or
Not Currently Available for Direct Purchase