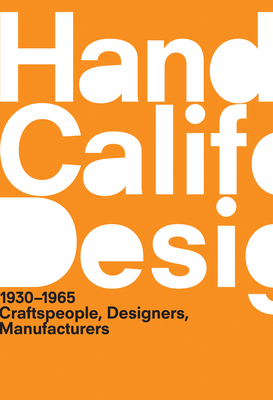 Mid-twentieth-century California offered fertile ground for design innovations. The state's reputation as a land of unlimited opportunity, its many institutions of higher learning, and its perpetually booming population created conditions that allowed designers and craftspeople to flourish. They found an eager market among educated and newly affluent Californians, and their products shaped the material culture of the entire nation. This book, a companion to the popular 2011 MIT Press/LACMA publication California Design, 1930–1965: “Living in a Modern Way,” reveals the complex web of influences, collaborations, institutional affiliations, and social networks that fueled the California design economy.

This book offers more than 140 illustrated biographical profiles of the most significant mid-century California designers, including such famous names as Saul Bass and Charles and Ray Eames as well as many lesser known but influential practitioners. These designers, craftspeople, and manufacturers worked in the full range of design media, creating furniture, fashion, textiles, jewelry, ceramics, and graphic and industrial design. Each entry includes a succinct biography, a portrait of the designer or image of an important design, cross-references to other entries, and a list of sources for further research. Significant examples of California design and craft objects are featured in more than 180 illustrations and rare photographs.

Created by internationally renowned graphic designer Irma Boom, the book is a beautifully crafted object in its own right. It will become an indispensable resource for all those interested in modern design.

Bobbye Tigerman is Associate Curator of Decorative Arts and Design at the Los Angeles County Museum of Art and was cocurator of the exhibition California Design, 1930–1965: “Living in a Modern Way.”
Loading...
or
Not Currently Available for Direct Purchase