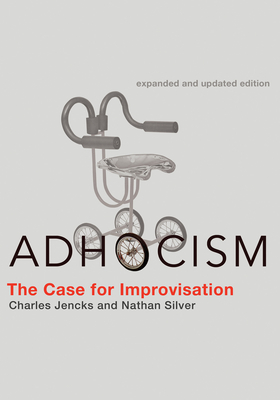 The Case for Improvisation

The triumphant return of a book that gave us permission to throw out the rulebook, in activities ranging from play to architecture to revolution.

When this book first appeared in 1972, it was part of the spirit that would define a new architecture and design era--a new way of thinking ready to move beyond the purist doctrines and formal models of modernism. Charles Jencks and Nathan Silver's book was a manifesto for a generation that took pleasure in doing things ad hoc, using materials at hand to solve real-world problems. The implications were subversive. Turned-off citizens of the 1970s immediately adopted the book as a DIY guide. The word "adhocism" entered the vocabulary, the concept of adhocism became part of the designer's toolkit, and Adhocism became a cult classic. Now Adhocism is available again, with new texts by Jencks and Silver reflecting on the past forty years of adhocism and new illustrations demonstrating adhocism's continuing relevance.

Adhocism has always been around. (Think Robinson Crusoe, making a raft and then a shelter from the wreck of his ship.) As a design principle, adhocism starts with everyday improvisations: a bottle as a candleholder, a dictionary as a doorstop, a tractor seat on wheels as a dining room chair. But it is also an undeveloped force within the way we approach almost every activity, from play to architecture to city planning to political revolution.

Engagingly written, filled with pictures and examples from areas as diverse as auto mechanics and biology, Adhocism urges us to pay less attention to the rulebook and more to the real principle of how we actually do things. It declares that problems are not necessarily solved in a genius's "eureka " moment but by trial and error, adjustment and readjustment.

Charles Jencks is an architectural theorist, landscape architect, and designer living in Scotland. Nathan Silver is an architect, writer, and former architecture school head living in London. He is the author of Lost New York, nominated for the National Book Award.
Loading...
or support indie stores by buying on