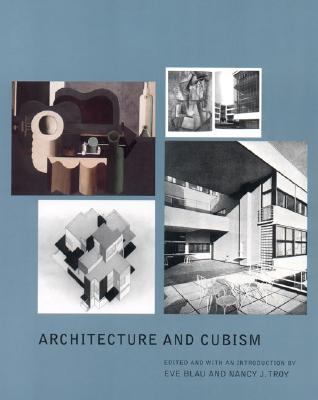 A fundamental tenet of the historiography of modern architecture holds that cubism forged a vital link between avant-garde practices in early twentieth-century painting and architecture. This collection of essays, commissioned by the Canadian Centre for Architecture, takes a close look at that widely accepted but little scrutinized belief. In the first historically focused examination of the issue, the volume returns to the original site of cubist art in pre-World War I Europe and proceeds to examine the historical, theoretical, and socio-political relationships between avant-garde practices in painting, architecture, and other cultural forms, including poetry, landscape, and the decorative arts. The essays look at works produced in France, Germany, the Netherlands, and Czechoslovakia during the early decades of the twentieth century. Together, the essays show that although there were many points of intersection--historical, metaphorical, theoretical, and ideological--between cubism and architecture, there was no simple, direct link between them. Most often the connections between cubist painting and modern architecture were construed analogically, by reference to shared formal qualities such as fragmentation, spatial ambiguity, transparency, and multiplicity; or to techniques used in other media such as film, poetry, and photomontage. Cubist space itself remained two-dimensional; with the exception of Le Cobusiers work, it was never translated into the three dimensions of architecture. Cubism's significance for architecture also remained two-dimensional--a method of representing modern spatial experience through the ordering impulses of art. Copublished with the Canadian Centre for Architecture/CentreCanadien d'Architecture.

Eve Blau is Lecturer in Architecture at the Graduate School of Design, Harvard University.
Loading...
or
Not Currently Available for Direct Purchase