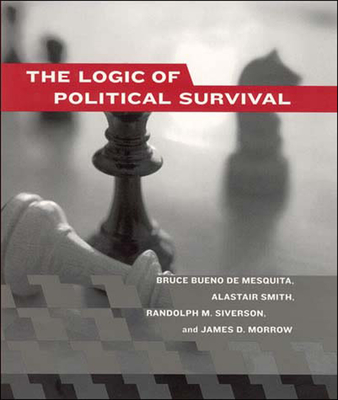 The Logic of Political Survival

The authors of this ambitious book address a fundamental political question: why are leaders who produce peace and prosperity turned out of office while those who preside over corruption, war, and misery endure? Considering this political puzzle, they also answer the related economic question of why some countries experience successful economic development and others do not. The authors construct a provocative theory on the selection of leaders and present specific formal models from which their central claims can be deduced. They show how political leaders allocate resources and how institutions for selecting leaders create incentives for leaders to pursue good and bad public policy. They also extend the model to explain the consequences of war on political survival. Throughout the book, they provide illustrations from history, ranging from ancient Sparta to Vichy France, and test the model against statistics gathered from cross-national data. The authors explain the political intuition underlying their theory in nontechnical language, reserving formal proofs for chapter appendixes. They conclude by presenting policy prescriptions based on what has been demonstrated theoretically and empirically.

Bruce Bueno de Mesquita is Professor of Politics at New York University and a Senior Fellow at the Hoover Institution.

Alastair Smith is Associate Professor in the Department of Politics at New York University.

Randolph M. Siverson is Professor of Political Science at the University of California, Davis.

James D. Morrow is Professor of Political Science and Senior Research Scientist at the University of Michigan.
Loading...
or support indie stores by buying on