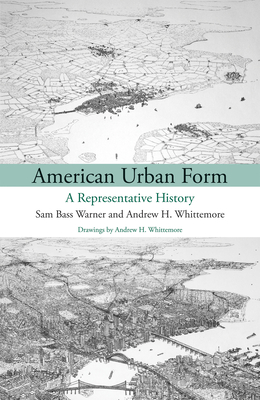 An illustrated history of the American city's evolution from sparsely populated village to regional metropolis.

American Urban Form--the spaces, places, and boundaries that define city life--has been evolving since the first settlements of colonial days. The changing patterns of houses, buildings, streets, parks, pipes and wires, wharves, railroads, highways, and airports reflect changing patterns of the social, political, and economic processes that shape the city. In this book, Sam Bass Warner and Andrew Whittemore map more than three hundred years of the American city through the evolution of urban form. They do this by offering an illustrated history of "the City"--a hypothetical city (constructed from the histories of Boston, Philadelphia, and New York) that exemplifies the American city's transformation from village to regional metropolis.

In an engaging text accompanied by Whittemore's detailed, meticulous drawings, they chart the City's changes. Planning for the future of cities, they remind us, requires an understanding of the forces that shaped the city's past.