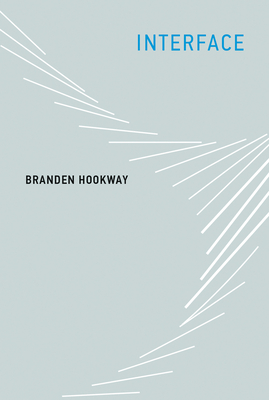 In this book, Branden Hookway considers the interface not as technology but as a form of relationship with technology. The interface, Hookway proposes, is at once ubiquitous and hidden from view. It is both the bottleneck through which our relationship to technology must pass and a productive encounter embedded within the use of technology. It is a site of contestation--between human and machine, between the material and the social, between the political and the technological--that both defines and elides differences.

A virtuoso in multiple disciplines, Hookway offers a theory of the interface that draws on cultural theory, political theory, philosophy, art, architecture, new media, and the history of science and technology. He argues that the theoretical mechanism of the interface offers a powerful approach to questions of the human relationship to technology. Hookway finds the origin of the term interface in nineteenth-century fluid dynamics and traces its migration to thermodynamics, information theory, and cybernetics. He discusses issues of subject formation, agency, power, and control, within contexts that include technology, politics, and the social role of games. He considers the technological augmentation of humans and the human-machine system, discussing notions of embodied intelligence.

Hookway views the figure of the subject as both receiver and active producer in processes of subjectification. The interface, he argues, stands in a relation both alien and intimate, vertiginous and orienting to those who cross its threshold.

Branden Hookway teaches in the Department of Architecture and the Department of Design and Environmental Analysis at Cornell University. He is author of Pandemonium: The Rise of Predatory Locales in the Postwar World.
Loading...
or
Not Currently Available for Direct Purchase