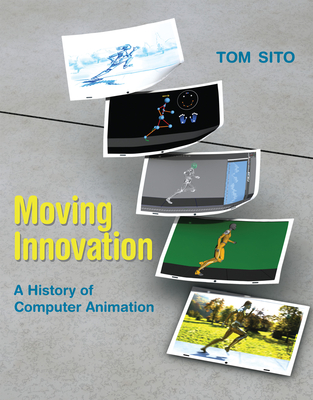 A History of Computer Animation

Computer graphics (or CG) has changed the way we experience the art of moving images. Computer graphics is the difference between Steamboat Willie and Buzz Lightyear, between ping pong and PONG. It began in 1963 when an MIT graduate student named Ivan Sutherland created Sketchpad, the first true computer animation program. Sutherland noted: "Since motion can be put into Sketchpad drawings, it might be exciting to try making cartoons." This book, the first full-length history of CG, shows us how Sutherland's seemingly offhand idea grew into a multibillion dollar industry.

In Moving Innovation, Tom Sito--himself an animator and industry insider for more than thirty years--describes the evolution of CG. His story features a memorable cast of characters--math nerds, avant-garde artists, cold warriors, hippies, video game enthusiasts, and studio executives: disparate types united by a common vision. Sito shows us how fifty years of work by this motley crew made movies like Toy Story and Avatar possible.

Tom Sito has been a professional animator since 1975. He was one of the key players in Disney's animation revival of the 1980s and 1990s and he helped set up the Dreamworks Animation Unit in 1995. He is the author of Drawing the Line: The Untold Story of the Animation Unions from Bosko to Bart Simpson and Professor of Cinema Practice in the School of Cinematic Arts at the University of Southern California.
Loading...
or
Not Currently Available for Direct Purchase