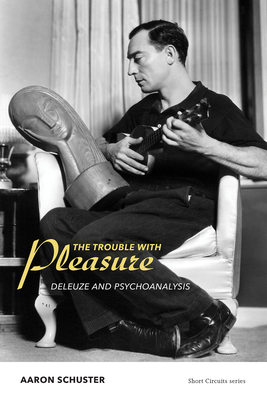 The Trouble with Pleasure

An investigation into the strange and troublesome relationship to pleasure that defines the human being, drawing on the disparate perspectives of Deleuze and Lacan.

Is pleasure a rotten idea, mired in negativity and lack, which should be abandoned in favor of a new concept of desire? Or is desire itself fundamentally a matter of lack, absence, and loss? This is one of the crucial issues dividing the work of Gilles Deleuze and Jacques Lacan, two of the most formidable figures of postwar French thought. Though the encounter with psychoanalysis deeply marked Deleuze's work, we are yet to have a critical account of the very different postures he adopted toward psychoanalysis, and especially Lacanian theory, throughout his career. In The Trouble with Pleasure, Aaron Schuster tackles this tangled relationship head on. The result is neither a Lacanian reading of Deleuze nor a Deleuzian reading of Lacan but rather a systematic and comparative analysis that identifies concerns common to both thinkers and their ultimately incompatible ways of addressing them. Schuster focuses on drive and desire—the strange, convoluted relationship of human beings to the forces that move them from within—“the trouble with pleasure."

Along the way, Schuster offers his own engaging and surprising conceptual analyses and inventive examples. In the “Critique of Pure Complaint” he provides a philosophy of complaining, ranging from Freud's theory of neurosis to Spinoza's intellectual complaint of God and the Deleuzian great complaint. Schuster goes on to elaborate, among other things, a theory of love as “mutually compatible symptoms”; an original philosophical history of pleasure, including a hypothetical Heideggerian treatise and a Platonic theory of true pleasure; and an exploration of the 1920s “literature of the death drive,” including Thomas Mann, Italo Svevo, and Blaise Cendrars.

Aaron Schuster is a former Fellow at the Center for Advanced Studies, Rijeka, Croatia, and at the Institute for Cultural Inquiry ICI Berlin. He is Head of the Theory Program at the Sandberg Institute, Amsterdam.
Loading...
or
Not Currently Available for Direct Purchase