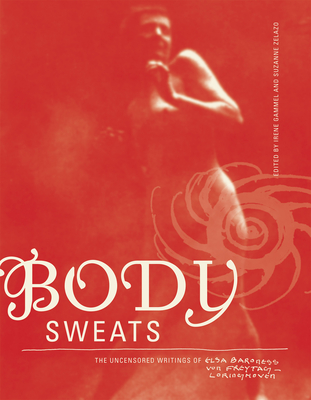 The first major collection of poetry written in English by the flabbergasting and flamboyant Baroness Elsa, “the first American Dada.”

As a neurasthenic, kleptomaniac, man-chasing proto-punk poet and artist, the Baroness Elsa von Freytag-Loringhoven left in her wake a ripple that is becoming a rip—one hundred years after she exploded onto the New York art scene. As an agent provocateur within New York's modernist revolution, “the first American Dada” not only dressed and behaved with purposeful outrageousness, but she set an example that went well beyond the eccentric divas of the twenty-first century, including her conceptual descendant, Lady Gaga.

Her delirious verse flabbergasted New Yorkers as much as her flamboyant persona. As a poet, she was profane and playfully obscene, imagining a farting God, and transforming her contemporary Marcel Duchamp into M'ars (my arse). With its ragged edges and atonal rhythms, her poetry echoes the noise of the metropolis itself. Her love poetry muses graphically on ejaculation, orgasm, and oral sex. When she tired of existing words, she created new ones: “phalluspistol,” “spinsterlollipop,” “kissambushed.” The Baroness's rebellious, highly sexed howls prefigured the Beats; her intensity and psychological complexity anticipates the poetic utterances of Anne Sexton and Sylvia Plath.

Published more than a century after her arrival in New York, Body Sweats is the first major collection of Elsa von Freytag-Loringhoven's poems in English. The Baroness's biographer Irene Gammel and coeditor Suzanne Zelazo have assembled 150 poems, most of them never before published. Many of the poems are themselves art objects, decorated in red and green ink, adorned with sketches and diagrams, presented with the same visceral immediacy they had when they were composed.

Suzanne Zelazo is a postdoctoral fellow at the Modern Literature and Culture Research Centre.
Loading...
or
Not Currently Available for Direct Purchase