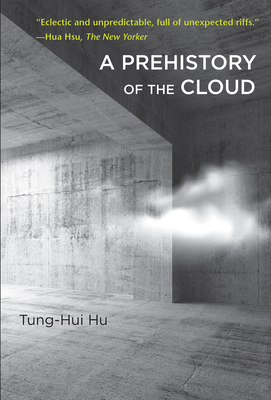 A Prehistory of the Cloud

The militarized legacy of the digital cloud: how the cloud grew out of older network technologies and politics.

We may imagine the digital cloud as placeless, mute, ethereal, and unmediated. Yet the reality of the cloud is embodied in thousands of massive data centers, any one of which can use as much electricity as a midsized town. Even all these data centers are only one small part of the cloud. Behind that cloud-shaped icon on our screens is a whole universe of technologies and cultural norms, all working to keep us from noticing their existence. In this book, Tung-Hui Hu examines the gap between the real and the virtual in our understanding of the cloud.

Hu shows that the cloud grew out of such older networks as railroad tracks, sewer lines, and television circuits. He describes key moments in the prehistory of the cloud, from the game “Spacewar” as exemplar of time-sharing computers to Cold War bunkers that were later reused as data centers. Countering the popular perception of a new “cloudlike” political power that is dispersed and immaterial, Hu argues that the cloud grafts digital technologies onto older ways of exerting power over a population. But because we invest the cloud with cultural fantasies about security and participation, we fail to recognize its militarized origins and ideology. Moving between the materiality of the technology itself and its cultural rhetoric, Hu's account offers a set of new tools for rethinking the contemporary digital environment.


Praise For A Prehistory of the Cloud…

The realm of the cloud does not countenance loss, but when we touch it, we corrupt it. The word for such a system – a memory that preserves, encrypts and mystifies a lost love-object – is indeed melancholy. Hu's is a deeply melancholy book and for that reason, a valuable one.—New Scientist—

But the thing about a cloud, Tung-Hui Hu reminds us in his mesmerizing new book, A Prehistory of the Cloud, is that you can only see it from a distance..... A Prehistory of the Cloud is Hu's imaginative attempt to bring this abstraction into clearer focus. It's informed as much by his current jobs (English professor and poet) as his old one (network engineer), and his approach is eclectic and unpredictable, full of unexpected riffs on Victorian sewage systems, the history of television, counterculture seekers, and the chilling final scene of Francis Ford Coppola's paranoid classic 'The Conversation.'

A Prehistory of the Cloud enhances our understanding of the power of digital networks and addresses the influences of digital networks on net users' lives. Hu assists the reader in recognizing how the cloud functions in the contemporary digital environment by looking at the cloud through the older networks as underlying layers that have helped to construct this development.

—Digital Scholarship in the Humanities—

Tung-Hui Hu, a former network engineer, is Assistant Professor of English at the University of Michigan and the recipient of a 2015 NEA literature fellowship.
Loading...
or
Not Currently Available for Direct Purchase