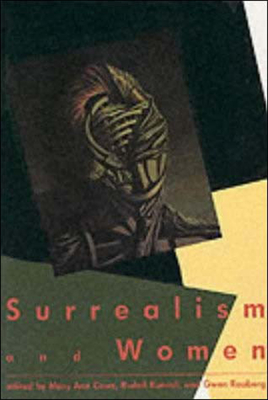 These sixteen illustrated essays present an important revision of surrealism by focusing on the works of women surrealists and their strategies to assert positions as creative subjects within a movement that regarded woman primarily as an object of masculine desire or fear.While the male surrealists attacked aspects of the bourgeois order, they reinforced the traditional patriarchal image of woman. Their emphasis on dreams, automatic writing, and the unconscious reveal some of the least inhibited masculine fantasies. The first resistance to the male surrealists' projection of the female figure arose in the writings and paintings of marginalized woman artists and writers associated with Surrealism. The essays in this collection explore the complexity of these women's works, which simultaneously employ and subvert the dominant discourse of male surrealists.

Essays
What Do Little Girls Dream Of: The Insurgent Writing of Gis 1/2le Prassinos - Finding What You Are Not Looking For - From D 1/2jeuner en fourrure to Caroline: Meret Oppenheim's Chronicle of Surrealism - Speaking with Forked Tongues: Male Discourse in Female Surrealism? - Androgyny: Interview with Meret Oppenheim - The Body Subversive: Corporeal Imagery in Carrington, Prassinos, and Mansour - Identity Crises: Joyce Mansour's Narratives - Joyce Mansour and Egyptian Mythology - In the Interim: The Constructivist Surrealism of Kay Sage - The Flight from Passion in Leonora Carrington's Literary Work - Beauty and/Is the Beast: Animal Symbology in the Work of Leonora Carrington, Remedio Varo, and Leonor Fini - Valentine, Andr 1/2, Paul et les autres, or the Surrealization of Valentine Hugo - Refashioning the World to the Image of Female Desire: The Collages of Aube Ell 1/2ou 1/2t - Eileen Agar - Statement by Dorothea Tanning

Mary Ann Caws, an art historian, literary critic, and translator, is Distinguished Professor of English, French, and Comparative Literature in the Graduate School of the City University of New York. She is the author, editor, or translator of more than forty books in the fields of poetry and the avant-garde. Rudolf Kuenzli is Professor of English and Comparative Literature and Director of the International Dada Archive at the University of Iowa. Gwen Raaberg is Director of the Center for Women's Resources and Research at Western Michigan University.
or
Not Currently Available for Direct Purchase