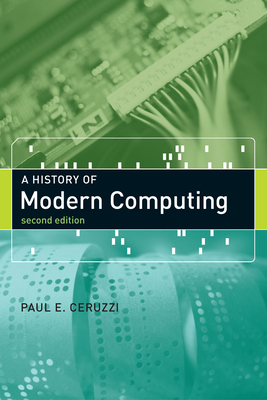 From the first digital computer to the dot-com crash--a story of individuals, institutions, and the forces that led to a series of dramatic transformations.

This engaging history covers modern computing from the development of the first electronic digital computer through the dot-com crash. The author concentrates on five key moments of transition: the transformation of the computer in the late 1940s from a specialized scientific instrument to a commercial product; the emergence of small systems in the late 1960s; the beginning of personal computing in the 1970s; the spread of networking after 1985; and, in a chapter written for this edition, the period 1995-2001. The new material focuses on the Microsoft antitrust suit, the rise and fall of the dot-coms, and the advent of open source software, particularly Linux. Within the chronological narrative, the book traces several overlapping threads: the evolution of the computer's internal design; the effect of economic trends and the Cold War; the long-term role of IBM as a player and as a target for upstart entrepreneurs; the growth of software from a hidden element to a major character in the story of computing; and the recurring issue of the place of information and computing in a democratic society. The focus is on the United States (though Europe and Japan enter the story at crucial points), on computing per se rather than on applications such as artificial intelligence, and on systems that were sold commercially and installed in quantities.

Paul E. Ceruzzi is Curator at the National Air and Space Museum at the Smithsonian Institution. He is the author of Computing: A Concise History, A History of Modern Computing, and Internet Alley: High Technology in Tysons Corner, 1945-2005, all published by the MIT Press, and other books.
Loading...
or
Not Currently Available for Direct Purchase