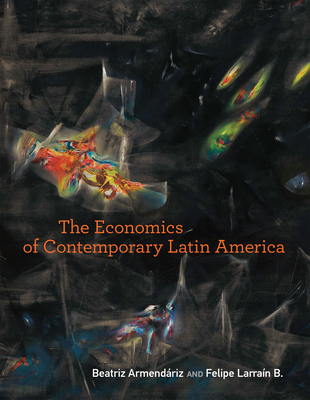 The Economics of Contemporary Latin America

Latin America is richly endowed with natural resources, fertile land, and vibrant cultures. Yet the region remains much poorer than its neighbors to the north. Most Latin American countries have not achieved standards of living and stable institutions comparable to those found in developed countries, have experienced repeated boom-bust cycles, and remain heavily reliant on primary commodities.

This book studies the historical roots of Latin America's contemporary economic and social development, focusing on poverty and income inequality dating back to colonial times. It addresses today's legacies of the market-friendly reforms that took hold in the 1980s and 1990s by examining successful stabilizations and homemade monetary and fiscal institutional reforms. It offers a detailed analysis of trade and financial liberalization, twenty–first century-growth, and the decline in poverty and income inequality. Finally, the book offers an overall analysis of inclusive growth policies for development—including gender issues and the informal sector—and the challenges that lie ahead for the region, with special attention to pressing demands by the vibrant and vocal middle class, youth unemployment, and indigenous populations.

Beatriz Armendáriz is Senior Lecturer in the Department of Economics at University College London and Research Affiliate at Harvard University. She is coauthor of The Economics of Microfinance (MIT Press).

Felipe Larraín B. is Professor of Economics at Pontificia Universidad Católica de Chile (Facultad de Economía y Administración and the Latin American Center of Economics and Social Policies, CLAPES UC). He was  Director of CLAPES UC and was Finance Minister of Chile from 2010 to 2014 and from 2018 to 2019. The coauthor (with Jeffrey D. Sachs) of Macroeconomics in the Global Economy and (with Beatriz Armendáriz) of The Economics of Contemporary Latin America (MIT Press), he has published thirteen books and more than 120 scholarly articles. He has been named Finance Minister of the Year for Latin America and the Americas several times.
Loading...
or
Not Currently Available for Direct Purchase