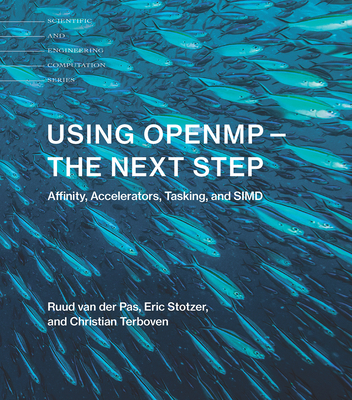 A guide to the most recent, advanced features of the widely used OpenMP parallel programming model, with coverage of major features in OpenMP 4.5.

This book offers an up-to-date, practical tutorial on advanced features in the widely used OpenMP parallel programming model. Building on the previous volume, Using OpenMP: Portable Shared Memory Parallel Programming (MIT Press), this book goes beyond the fundamentals to focus on what has been changed and added to OpenMP since the 2.5 specifications. It emphasizes four major and advanced areas: thread affinity (keeping threads close to their data), accelerators (special hardware to speed up certain operations), tasking (to parallelize algorithms with a less regular execution flow), and SIMD (hardware assisted operations on vectors).

As in the earlier volume, the focus is on practical usage, with major new features primarily introduced by example. Examples are restricted to C and C++, but are straightforward enough to be understood by Fortran programmers. After a brief recap of OpenMP 2.5, the book reviews enhancements introduced since 2.5. It then discusses in detail tasking, a major functionality enhancement; Non-Uniform Memory Access (NUMA) architectures, supported by OpenMP; SIMD, or Single Instruction Multiple Data; heterogeneous systems, a new parallel programming model to offload computation to accelerators; and the expected further development of OpenMP.

Ruud van der Pas is Distinguished Engineer in the SPARC Processor Organization at Oracle and coauthor of Using OpenMP: Portable Shared Memory Parallel Programming. Eric Stotzer is a Distinguished Member Technical Staff at Texas Instruments. Christian Terboven is the HPC Group Manager at RWTH Aachen University, Germany. He has been a member of the OpenMP Language Committee since 2006 and serves as the Chair of the Affinity subcommittee.
or
Not Currently Available for Direct Purchase