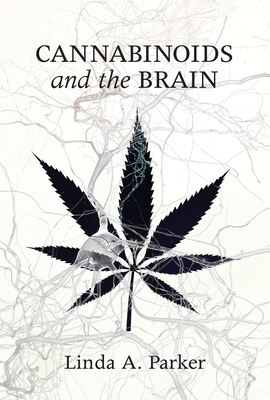 Cannabinoids and the Brain

A review of the scientific evidence on the effects of cannabinoids on brain and behavioral functioning, with an emphasis on potential therapeutic use.

The cannabis plant has been used for recreational and medicinal purposes for more than 4,000 years, but the scientific investigation into its effects has only recently yielded useful results. In this book, Linda Parker offers a review of the scientific evidence on the effects of cannabinoids on brain and behavioral functioning, with an emphasis on potential therapeutic uses.

Parker describes the discovery of tetrahydocannbinol (THC), the main psychoactive component of cannabis, and the further discovery of cannabinoid receptors in the brain. She explains that the brain produces chemicals similar to THC, which act on the same receptors as THC, and shows that the endocannabinoid system is involved in all aspects of brain functioning. Parker reports that cannabis contains not only the psychoactive compound THC, but also other compounds of potential therapeutic benefit, and that one of them, cannabidiol (CBD), shows promise for the treatment of pain, anxiety, and epilepsy. Parker reviews the evidence on cannabinoids and anxiety, depression, mood, sleep, schizophrenia, learning and memory, addiction, sex, appetite and obesity, chemotherapy-induced nausea, epilepsy, and such neurodegenerative disorders as multiple sclerosis and Alzheimer's Disease. Each chapter also links the scientific evidence to historical and anecdotal reports of the medicinal use of cannabis.

As debate about the medical use of marijuana continues, Parker's balanced and objective review of the fundamental science and potential therapeutic effects of cannabis is especially timely.

Linda A. Parker is Professor in the Psychology and Collaborative Neuroscience Program and Canada Research Chair in Behavioural Neuroscience at the University of Guelph. She was the 2016 recipient of the Lifetime Achievement Award from the International Cannabinoid Research Society and is currently President of the Canadian Consortium for Investigation of Cannabinoids.
Loading...
or
Not Currently Available for Direct Purchase