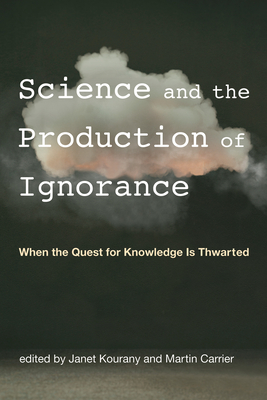 Science and the Production of Ignorance

When the Quest for Knowledge Is Thwarted

An introduction to the new area of ignorance studies that examines how science produces ignorance—both actively and passively, intentionally and unintentionally.

We may think of science as our foremost producer of knowledge, but for the past decade, science has also been studied as an important source of ignorance. The historian of science Robert Proctor has coined the term agnotology to refer to the study of ignorance, and much of the ignorance studied in this new area is produced by science. Whether an active or passive construct, intended or unintended, this ignorance is, in Proctor's words, “made, maintained, and manipulated” by science. This volume examines forms of scientific ignorance and their consequences.

A dialogue between Proctor and Peter Galison offers historical context, presenting the concerns and motivations of pioneers in the field. Essays by leading historians and philosophers of science examine the active construction of ignorance by biased design and interpretation of experiments and empirical studies, as seen in the “false advertising” by climate change deniers; the “virtuous” construction of ignorance—for example, by curtailing research on race- and gender-related cognitive differences; and ignorance as the unintended by-product of choices made in the research process, when rules, incentives, and methods encourage an emphasis on the beneficial and commercial effects of industrial chemicals, and when certain concepts and even certain groups' interests are inaccessible in a given conceptual framework.

Martin Carrier is Professor of Philosophy at Universität Bielefeld, Germany.
Loading...
or
Not Currently Available for Direct Purchase