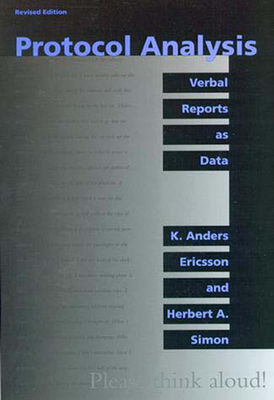 In a substantial new preface Ericsson and Simon summarize the central issues covered in the book and provide an updated version of their information-processing model, which explains verbalization and verbal reports. They describe new studies on the effects of verbalization, interpreting the results of these studies and showing how their theory can be extended to account for them. Next, they address the issue of completeness of verbally reported information, reviewing the new evidence in three particularly active task domains. They conclude by citing recent contributions to the techniques for encoding protocols, raising general issues, and proposing directions for future research.

All references and indexes have been updated.

Herbert A. Simon (1916–2001) was an influential psychologist and political scientist, awarded the 1978 Nobel Prize in Economics and the 1975 Turing Award (with Allen Newell). His many published books include Models of Bounded Rationality and Models of My Life (both published by the MIT Press)..
Loading...
or support indie stores by buying on