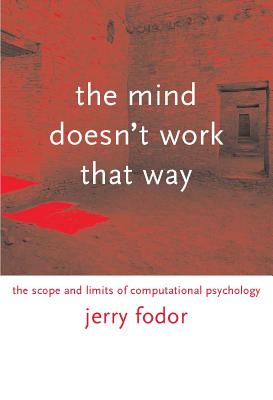 The Mind Doesn't Work That Way

The Scope and Limits of Computational Psychology (Representation and Mind)

In this engaging book, Jerry Fodor argues against the widely held view that mental processes are largely computations, that the architecture of cognition is massively modular, and that the explanation of our innate mental structure is basically Darwinian. Although Fodor has praised the computational theory of mind as the best theory of cognition that we have got, he considers it to be only a fragment of the truth. In fact, he claims, cognitive scientists do not really know much yet about how the mind works (the book's title refers to Steve Pinker's How the Mind Works).

Fodor's primary aim is to explore the relationship among computational and modular theories of mind, nativism, and evolutionary psychology. Along the way, he explains how Chomsky's version of nativism differs from that of the widely received New Synthesis approach. He concludes that although we have no grounds to suppose that most of the mind is modular, we have no idea how nonmodular cognition could work. Thus, according to Fodor, cognitive science has hardly gotten started.