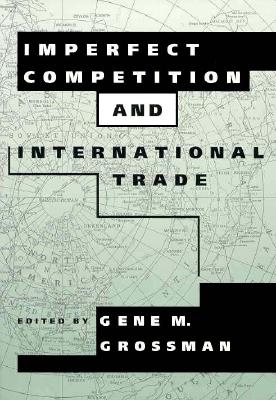 The last decade has seen an important extension of the theory of international trade to include imperfectly competitive market structures. This book collects 19 of the most influential articles on trade with imperfect competition, providing ready access to current research by top-level economists. Following an introduction. by Grossman that surveys the literature, the readings cover such important topics as the causes and consequences of intraindustry trade, the effects of tariffs and quantitative restrictions in oligopolistic settings, the welfare consequences of strategic trade policies, the raison d' tre for multinational corporations, the determinants of innovation, and the interaction between technological progress and trade. The recent work on trade incorporating imperfect competition can help to explain the high volume of intraindustry trade between similarly endowed countries and can account for the increasing importance of multinational corporations in the conduct of international trade. It can predict the emergence of cross-country technology gaps and can help to identify the determinants of dynamic comparative advantage. The explorations of trade with imperfect competition have also deepened substantially our understanding of the costs and benefits of trade policy. We now know why governments may be motivated to assist their national firms in global oligopolistic competitions, and we also know the limitations of the arguments in support of strategic trade policies.