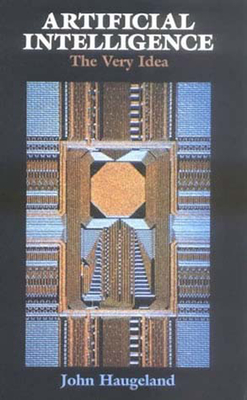 Machines who think--how utterly preposterous, huff beleaguered humanists, defending their dwindling turf. Artificial Intelligence--it's here and about to surpass our own, crow techno-visionaries, proclaiming dominion. It's so simple and obvious, each side maintains, only a fanatic could disagree.

Deciding where the truth lies between these two extremes is the main purpose of John Haugeland's marvelously lucid and witty book on what artificial intelligence is all about. Although presented entirely in non-technical terms, it neither oversimplifies the science nor evades the fundamental philosophical issues. Far from ducking the really hard questions, it takes them on, one by one.

Artificial intelligence, Haugeland notes, is based on a very good idea, which might well be right, and just as well might not. That idea, the idea that human thinking and machine computing are radically the same, provides the central theme for his illuminating and provocative book about this exciting new field. After a brief but revealing digression in intellectual history, Haugeland systematically tackles such basic questions as: What is a computer really? How can a physical object mean anything? What are the options for computational organization? and What structures have been proposed and tried as actual scientific models for intelligence?

In a concluding chapter he takes up several outstanding problems and puzzles--including intelligence in action, imagery, feelings and personality--and their enigmatic prospects for solution.

John Haugeland is Associate Professor of Philosophy at the University of Pittsburgh and the editor of Mind Design: Essays in Philosophy, Psychology, and Artificial Intelligence.
Loading...
or
Not Currently Available for Direct Purchase