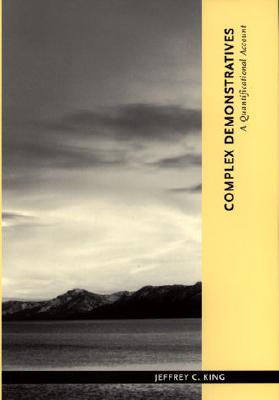 Since the late 1970s, the orthodox view of complex 'that' phrases (e.g., 'that woman eating a granola bar') has been that they are contextually sensitive devices of direct reference. In Complex Demonstratives, Jeffrey King challenges that orthodoxy, showing that quantificational accounts not only are as effective as direct reference accounts but also handle a wider range of data.

Jeffrey C. King is Graduate Vice-Chair of the Department of Philosophy, Rutgers State University of New Jersey.
Loading...
or
Not Currently Available for Direct Purchase