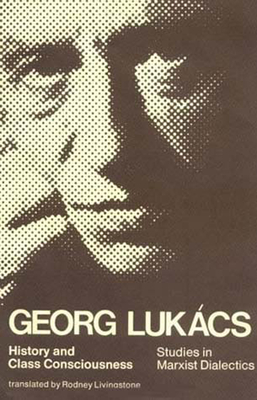 This is the first time one of the most important of Lukács' early theoretical writings, published in Germany in 1923, has been made available in English. The book consists of a series of essays treating, among other topics, the definition of orthodox Marxism, the question of legality and illegality, Rosa Luxemburg as a Marxist, the changing function of Historic Marxism, class consciousness, and the substantiation and consciousness of the Proletariat.

Writing in 1968, on the occasion of the appearance of his collected works, Lukács evaluated the influence of this book as follows:

"For the historical effect of History and Class Consciousness and also for the actuality of the present time one problem is of decisive importance: alienation, which is here treated for the first time since Marx as the central question of a revolutionary critique of capitalism, and whose historical as well as methodological origins are deeply rooted in Hegelian dialectic. It goes without saying that the problem was omnipresent. A few years after History and Class Consciousness was published, it was moved into the focus of philosophical discussion by Heidegger in his Being and Time, a place which it maintains to this day largely as a result of the position occupied by Sartre and his followers. The philologic question raised by L. Goldmann, who considered Heidegger's work partly as a polemic reply to my (admittedly unnamed) work, need not be discussed here. It suffices today to say that the problem was in the air, particularly if we analyze its background in detail in order to clarify its effect, the mixture of Marxist and Existentialist thought processes, which prevailed especially in France immediately after the Second World War. In this connection priorities, influences, and so on are not particularly significant. What is important is that the alienation of man was recognized and appreciated as the central problem of the time in which we live, by bourgeois as well as proletarian, by politically rightist and leftist thinkers. Thus, History and Class Consciousness exerted a profound effect in the circles of the youthful intelligentsia."


Praise For History and Class Consciousness: Studies in Marxist Dialectics…

George Lukacs's History and Class Consciousness is a truly extraordinary work, and its English translation, after almost fifty years of neglect by English and American publishers, is a major event...The full quality of Lukacs's brilliance is most powerfully manifested in this 'youthful' work (done when merely 38!), where he reveals himself as by far and away the most talented philosopher among 20th-century Marxists, and as their most penetrating critic of contemporary culture...he is a major stimulus in the development of what is certainly the most creative school of social theorists in the 20th century, and of whom Herbert Marcuse is only the best-known member. For all this, then, we owe homage to Georg Lukacs.—Alvin W. Gouldner , New York Times Book Review—

Rodney Livingstone, Reader in German at the University of Southampton, has edited and translated numerous works by Lukács, Theodor Adorno, and others.
Loading...
or support indie stores by buying on