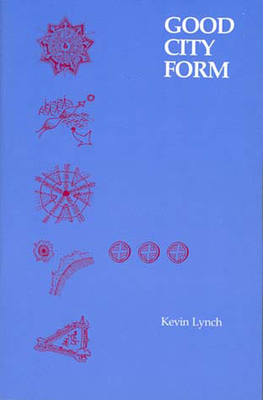 A summation and extension of Lynch's vision for the exploration of city form.

With the publication of The Image of the City in 1959, Kevin Lynch embarked upon the process of exploring city form. Good City Form is both a summation and an extension of his vision, a high point from which he views cities past and possible. First published in hardcover under the title A Theory of Good City Form.

This is a major work...Lynch looks at connections between human values and the physical forms of cities, sets requirements for a normative theory of city form, reviews earlier physical images of what utopian communities might be, sees what is to be learned from hellish images, and helps us place city forms into one or another of three theoretic constructs: cosmic or ceremonial centers, the machine city, and the city as an organism. He tells us at some length how we might evaluate the 'goodness' of cities, speaks to the enduring issues of city size, growth, and conservation, and, having done all this, tells us about what his good city form might look like. The appendixes are a major part of the book, taking well over 100 pages...This is a volume that in short order will be (or at least should be) standard, desired, provocative, influential reading for just about anyone concerned with why cities are the way they are and, more important, with achieving good places for people to live.—Journal of the American Planning Association—

Kevin Lynch (1918-1984) studied with Frank Lloyd Wright at Taliesin and later obtained a Bachelor of City Planning degree from MIT. After a long and distinguished career on the faculty of the MIT School of Architecture and Urban Planning, he was named Professor Emeritus of City Planning.
Loading...
or
Not Currently Available for Direct Purchase