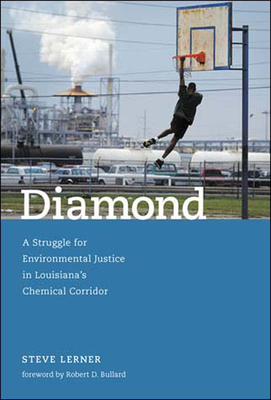 The story of how a mixed-income minority community in Louisiana's Chemical Corridor fought Shell Oil and won.

For years, the residents of Diamond, Louisiana, lived with an inescapable acrid, metallic smell--the toxic bouquet of pollution--and a mysterious chemical fog that seeped into their houses. They looked out on the massive Norco Industrial Complex: a maze of pipelines, stacks topped by flares burning off excess gas, and huge oil tankers moving up the Mississippi. They experienced headaches, stinging eyes, allergies, asthma, and other respiratory problems, skin disorders, and cancers that they were convinced were caused by their proximity to heavy industry. Periodic industrial explosions damaged their houses and killed some of their neighbors. Their small, African-American, mixed-income neighborhood was sandwiched between two giant Shell Oil plants in Louisiana's notorious Chemical Corridor. When the residents of Diamond demanded that Shell relocate them, their chances of success seemed slim: a community with little political clout was taking on the second-largest oil company in the world. And yet, after effective grassroots organizing, unremitting fenceline protests, seemingly endless negotiations with Shell officials, and intense media coverage, the people of Diamond finally got what they wanted: money from Shell to help them relocate out of harm's way. In this book, Steve Lerner tells their story.

Around the United States, struggles for environmental justice such as the one in Diamond are the new front lines of both the civil rights and the environmental movements, and Diamond is in many ways a classic environmental-justice story: a minority neighborhood, faced with a polluting industry in its midst, fights back. But Diamond is also the history of a black community that goes back to the days of slavery. In 1811, Diamond (then the Trepagnier Plantation) was the center of the largest slave rebellion in United States history. Descendants of these slaves were among the participants in the modern-day Diamond relocation campaign.

Steve Lerner talks to the people of Diamond, and lets them tell their story in their own words. He talks also to the residents of a nearby white neighborhood--many of whom work for Shell and have fewer complaints about the plants--and to environmental activists and Shell officials. His account of Diamond's 30-year ordeal puts a human face on the struggle for environmental justice in the United States.

Steve Lerner is the author of Eco-Pioneers: Practical Visionaries Solving Today's Environmental Problems (1998) and Diamond: A Struggle for Environmental Justice in Louisiana's Chemical Corridor (2006), both published by the MIT Press. Robert D. Bullard is Ware Professor of Sociology and Director of the Environmental Justice Resource Center at Clark Atlanta University.
Loading...
or
Not Currently Available for Direct Purchase