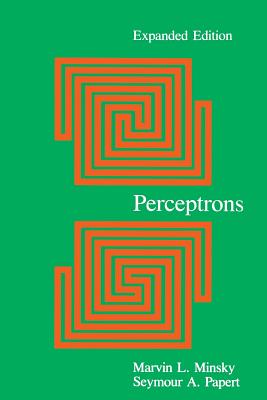 Perceptrons--the first systematic study of parallelism in computation--has remained a classical work on threshold automata networks for nearly two decades. It marked a historical turn in artificial intelligence, and it is required reading for anyone who wants to understand the connectionist counterrevolution that is going on today.

Artificial-intelligence research, which for a time concentrated on the programming of Von Neumann computers, is swinging back to the idea that intelligence might emerge from the activity of networks of neuronlike entities. Minsky and Papert's book was the first example of a mathematical analysis carried far enough to show the exact limitations of a class of computing machines that could seriously be considered as models of the brain. Now the new developments in mathematical tools, the recent interest of physicists in the theory of disordered matter, the new insights into and psychological models of how the brain works, and the evolution of fast computers that can simulate networks of automata have given Perceptrons new importance.

Witnessing the swing of the intellectual pendulum, Minsky and Papert have added a new chapter in which they discuss the current state of parallel computers, review developments since the appearance of the 1972 edition, and identify new research directions related to connectionism. They note a central theoretical challenge facing connectionism: the challenge to reach a deeper understanding of how objects or agents with individuality can emerge in a network. Progress in this area would link connectionism with what the authors have called society theories of mind.