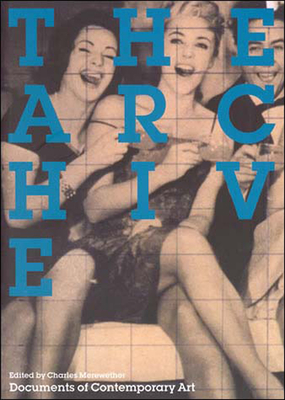 The significance of the archive in modernity and in contemporary art; writings by Sigmund Freud, Michel Foucault, Hal Foster, and others, and essays on the archival practice of such artists as Gerhard Richter, Christian Boltanski, Ren e Green, and The Atlas Group.

In the modern era, the archive--official or personal--has become the most significant means by which historical knowledge and memory are collected, stored, and recovered. The archive has thus emerged as a key site of inquiry in such fields as anthropology, critical theory, history, and, especially, recent art. Traces and testimonies of such events as World War II and ensuing conflicts, the emergence of the postcolonial era, and the fall of communism have each provoked a reconsideration of the authority given the archive--no longer viewed as a neutral, transparent site of record but as a contested subject and medium in itself.

This volume surveys the full diversity of our transformed theoretical and critical notions of the archive--as idea and as physical presence--from Freud's "mystic writing pad" to Derrida's "archive fever"; from Christian Boltanski's first autobiographical explorations of archival material in the 1960s to the practice of artists as various as Susan Hiller, Ilya Kabakov, Thomas Hirshhorn, Ren e Green, and The Atlas Group in the present.

Not for sale in the UK and Europe.

Charles Merewether is an art historian and writer on contemporary and postwar art who has taught at universities in the United States, Central and South America, and Australia. Collections Curator at the Getty Research Institute in Los Angeles from 1994 to 2004, he is Artistic Director and Curator for the 2006 Sydney Biennale.
or
Buy Here
Copyright © 2020 American Booksellers Association