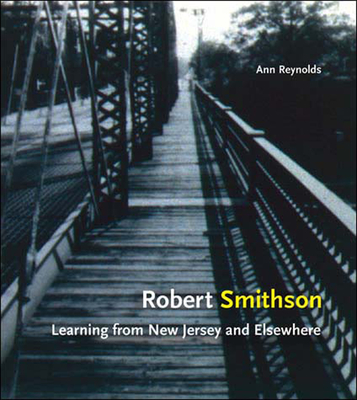 Learning from New Jersey and Elsewhere

An examination of the interplay between cultural context and artistic practice in the work of Robert Smithson.

Robert Smithson (1938-1973) produced his best-known work during the 1960s and early 1970s, a period in which the boundaries of the art world and the objectives of art-making were questioned perhaps more consistently and thoroughly than any time before or since. In Robert Smithson, Ann Reynolds elucidates the complexity of Smithson's work and thought by placing them in their historical context, a context greatly enhanced by the vast archival materials that Smithson's widow, Nancy Holt, donated to the Archives of American Art in 1987. The archive provides Reynolds with the remnants of Smithson's working life—magazines, postcards from other artists, notebooks, and perhaps most important, his library—from which she reconstructs the physical and conceptual world that Smithson inhabited. Reynolds explores the relation of Smithson's art-making, thinking about art-making, writing, and interaction with other artists to the articulated ideology and discreet assumptions that determined the parameters of artistic practice of the time. A central focus of Reynolds's analysis is Smithson's fascination with the blind spots at the center of established ways of seeing and thinking about culture. For Smithson, New Jersey was such a blind spot, and he returned there again and again—alone and with fellow artists—to make art that, through its location alone, undermined assumptions about what and, more important, where, art should be. For those who guarded the integrity of the established art world, New Jersey was "elsewhere"; but for Smithson, "elsewheres" were the defining, if often forgotten, locations on the map of contemporary culture.


Praise For Robert Smithson: Learning from New Jersey and Elsewhere…

A useful and thoroughly entertaining book.—Carter Ratcliff, Art in America—

Ann Reynolds is Associate Professor of Art and Art History at the University of Texas, Austin.
Loading...
or
Not Currently Available for Direct Purchase