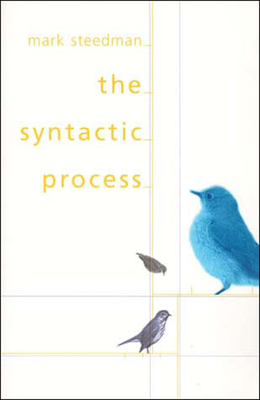 This book covers topics in formal linguistics, intonational phonology, computational linguistics, and experimental psycholinguistics, presenting them as an integrated theory of the language faculty.

In this book Mark Steedman argues that the surface syntax of natural languages maps spoken and written forms directly to a compositional semantic representation that includes predicate-argument structure, quantification, and information structure without constructing any intervening structural representation. His purpose is to construct a principled theory of natural grammar that is directly compatible with both explanatory linguistic accounts of a number of problematic syntactic phenomena and a straightforward computational account of the way sentences are mapped onto representations of meaning. The radical nature of Steedman's proposal stems from his claim that much of the apparent complexity of syntax, prosody, and processing follows from the lexical specification of the grammar and from the involvement of a small number of universal rule-types for combining predicates and arguments. These syntactic operations are related to the combinators of Combinatory Logic, engendering a much freer definition of derivational constituency than is traditionally assumed. This property allows Combinatory Categorial Grammar to capture elegantly the structure and interpretation of coordination and intonation contour in English as well as some well-known interactions between word order, coordination, and relativization across a number of other languages. It also allows more direct compatibility with incremental semantic interpretation during parsing.

The book covers topics in formal linguistics, intonational phonology, computational linguistics, and experimental psycholinguistics, presenting them as an integrated theory of the language faculty in a form accessible to readers from any of those fields.

Mark Steedman is Professor of Cognitive Science in the Division of Informatics at the University of Edinburgh. He is the author of Surface Structure and Interpretation (1996) and The Syntactic Process (2000), both published by the MIT Press.
Loading...
or support indie stores by buying on