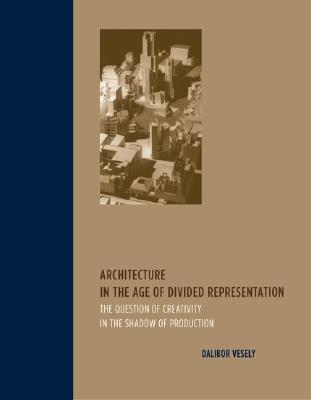 Architecture in the Age of Divided Representation

The Question of Creativity in the Shadow of Production

Reclaiming the humanistic role of architecture in the age of technology: an examination of architecture's indispensable role as a cultural force throughout history.

In this long-awaited work, Dalibor Vesely proposes an alternative to the narrow vision of contemporary architecture as a discipline that can be treated as an instrument or commodity. In doing so, he offers nothing less than an account of the ontological and cultural foundations of modern architecture and, consequently, of the nature and cultural role of architecture through history. Vesely's argument, structured as a critical dialogue, discovers the first plausible anticipation of modernity in the formation of Renaissance perspective. Understanding this notion of perspective against the background of the medieval philosophy of light, he argues, leads to an understanding of architectural space as formed by typical human situations and by light before it is structured geometrically. The central part of the book addresses the question of divided representation--the tension between the instrumental and the communicative roles of architecture--in the period of the baroque, when architectural thinking was seriously challenged by the emergence of modern science. Vesely argues that to resolve the dilemma of modernity--reconciling the inventions and achievements of modern technology with the human condition and the natural world--we can turn to architecture and its latent capacity to reconcile different levels of reality, its ability to relate abstract ideas and conceptual structures to the concrete situations of everyday life. Vesely sees the restoration of this communicative role of architecture as the key to the restoration of architecture as the topological and corporeal foundation of culture; what the book is to our literacy, he argues, architecture is to culture as a whole. He concludes by proposing a new poetics of architecture that will serve as a framework for the restoration of the humanistic role of architecture in the age of technology.

Dalibor Vesely is a Director (Emeritus) of graduate studies in the department of architecture and member of Emmanuel College at the University of Cambridge.
Loading...
or support indie stores by buying on
(This book is on backorder)