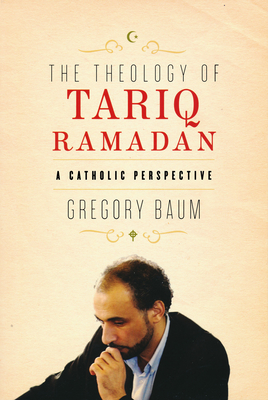 Tariq Ramadan has emerged as one of the most influential Muslim theologians in the world today. In this important book, Gregory Baum presents for the first time an introduction to several key aspects of Ramadan's theological enterprise. Baum examines Ramadan's work historically within an interfaith perspective, drawing several parallels between Islamic and Catholic encounters with modernity. His comparison of the debates in the two traditions suggests that reform and renewal are compatible with the substance of both Catholic and Muslim traditions. After a brief account of the evolution of Catholic theology up to the Second Vatican Council, Baum introduces Ramadan's published work and theological orientation, examining both within the historical development of Islam. He outlines Ramadan's theology of God, humanity, and the universe and discusses Ramadan's interpretation of sharia, the divinely revealed Islamic way of life. The book then addresses what fidelity to Islam means for Western Muslims and contrasts Ramadan's theology with the theological liberalism advocated by some Muslim authors. Throughout, Baum makes helpful connections between Islam and Vatican II Catholicism. Both belief systems are steeped in ancient traditions, rely on a sacred book, and find themselves confronting a modern context. Reformist Islam shares much with Catholic social thought in showing a regard for the poor and marginalized. Baum concludes by examining points of difference between Muslim and Catholic theology that support further conversation. This readable introduction to Ramadan's work is accessible to non-Muslim students, teachers, clergy, and general readers interested in Islam and interfaith dialogue.

This book is a beautiful example of serious theological dialogue between two seminal theologians of our age: Gregory Baum and Tariq Ramadan. It is a balanced and significant contribution to scholarship about Ramadan's thought for at least two reasons: first, it provides a very important perspective on the similarities that Catholicism earlier and Islam today have shared in facing the many challenges of modernity; and second, the conclusion Professor Baum reaches may be short, but is profound: 'the time for religious-secular dialogue has come.--Patrice Brodeur, Canada Research Chair on Islam, Pluralism, and Globalization, Universit de Montr al

Gregory Baum is a gift to the Church, and indeed to the world. A stalwart of the Vatican II era, he is now an minence grise of North American Christianity in its efforts to engage the secular world through a confident and critical dialogue about meaning. In this remarkable and pioneering volume, he engages contemporary Islam through a typically generous reading of one of its most influential theologians, Tariq Ramadan. Avoiding the often silly but sometimes brutal polemics that have obscured the quality of Ramadan's reformist thought, Baum notes the striking affinities between Islam's and Catholicism's respective encounters with democracy, religious freedom, and critical reading of sacred sources, among other contested issues. Having absorbed the deepest insights of Catholic's recent revolution in self understanding--a revolution he helped to stimulate and advance--this unofficial, quietly charismatic ambassador of Christian intellectual innovation has provided invaluable insight into the mind of the person who has been termed the 'Muslim Martin Luther.' Baum, as he has in the past, is pointing the way forward for innovative and serious theological work; in the opening of sustained dialogue and conversation with the contemporary current of Islamic reform represented by figures like Ramadan, he rightly sees an opportunity for a renewal of Catholic theology in its service to the cause of reconciliation and peace.--Scott Appleby, University of Notre Dame

Gregory Baum is professor emeritus at McGill University and the founding editor of The Ecumenist. He is the author of many books, including Signs of the Times: Religious Pluralism and Economic Injustice and Religion and Alienation.

Praise For Theology of Tariq Ramadan: A Catholic Perspective…

“In his ‘dialogue’ with Tariq Ramadan, Baum examines the latter’s work within an interfaith perspective, drawing parallels between Islamic and Catholic encounters with modernity. He argues that reform and renewal are compatible in both Islam and Catholicism.” —Islamic Horizons

“. . . an intriguing analysis of one of the most interesting Muslim scholars now working, Ramadan, though often mired in controversy, essentially locates himself between traditionalist Muslims who would like nothing to change and to have little to do with modernity and those Muslims who pretty much want to throw over traditional Islam as a way of accommodating the religion to modernity. . . . For any Christian seeking to get a better grasp of the dynamics of Islamic scholarship these days, this book is a must.” —“Faith Matters” Weblog by Bill Tammeus

“With his favorable reading of Ramadan’s theology, Baum intends to enter into a fruitful dialogue. The many affinities between Islam and Catholicism’s attempts at enculturation warrant such a dialogue. As a socialist and theologian, Baum sees religion as a powerful factor in the making or unmaking of society. The dialogue between Islam and Christianity is crucial today. This book offers much valuable material for such dialogue.” —Catholic Library World

“Baum’s study is a timely, thorough, and careful introduction to Ramadan’s thought. The book will be welcomed by readers within the Islamic and Christian traditions and can bring needed understanding to ecumenical dialogue. Baum gives us a careful presentation and analysis of Ramadan’s thought on some of the most important and complex issues concerning the practices of Islam in modern times . . . a good place to start to learn more about Ramadan’s work and about Islam itself.”—The Ecumenist