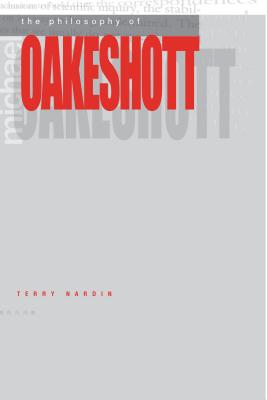 The Philosophy of Michael Oakeshott

This is the first comprehensive study of Michael Oakeshott as a philosopher rather than a political theorist, which is how most commentators have regarded him. Indeed, the careful reading of his published and unpublished writings that Terry Nardin provides here shows that Oakeshott's concerns have been primarily philosophical, not political. These writings go far beyond politics to offer a critical philosophy of human activity and of the disciplines that interpret and explain it. Oakeshott argues that inquiry can be independent of practical concerns, even when its subject is the thought and action of human beings.

Although the book considers Oakeshott's views on morality, law, and government, it is primarily concerned with his ideas about the character of knowledge, especially knowledge of intelligent human conduct, and focuses attention on the concepts of modality, contingency, and civility that are central to Oakeshott's philosophy as a whole. Nardin seeks to show how Oakeshott's critique of scientism and other forms of foundationalism supports a powerful version of the argument that history is the proper mode for understanding human choice and action.

The book thus provides the fullest discussion available of Oakeshott's antifoundationalist view of epistemology, metaphysics, and the philosophy of history and the human sciences. It examines his arguments concerning the criteria of truth, the forms of knowledge, the relationship between theory and practice, the place of interpretation in the social sciences, the nature and importance of historical explanation, and the definition of philosophy itself. And it is the first study to look at Oakeshott's relationship to phenomenology, hermeneutics, and other movements in twentieth-century Continental philosophy.

Terry Nardin is Professor of Political Science at the University of Wisconsin-Milwaukee. He is author of Law, Morality, and the Relations of States (1983) and the editor of several other volumes.
Loading...
or
Not Currently Available for Direct Purchase