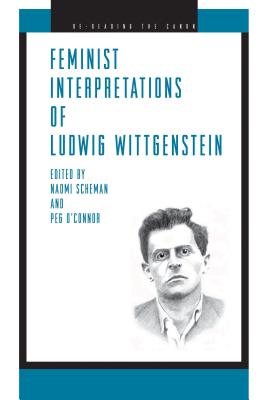 The original essays in this volume, while written from diverse perspectives, share the common aim of building a constructive dialogue between two currents in philosophy that seem not readily allied: Wittgenstein, who urges us to bring our words back home to their ordinary uses, recognizing that it is our agreements in judgments and forms of life that ground intelligibility; and feminist theory, whose task is to articulate a radical critique of what we say, to disrupt precisely those taken-for-granted agreements in judgments and forms of life.

Wittgenstein and feminist theorists are alike, however, in being unwilling or unable to make sense in the terms of the traditions from which they come, needing to rely on other means--including telling stories about everyday life--to change our ideas of what sense is and of what it is to make it. For both, appeal to grounding is problematic, but the presumed groundedness of particular judgments remains an unavoidable feature of discourse and, as such, in need of understanding. For feminist theory, Wittgenstein suggests responses to the immobilizing tugs between modernist modes of theorizing and postmodern challenges to them. For Wittgenstein, feminist theory suggests responses to those who would turn him into the normal philosopher he dreaded becoming, one who offers perhaps unorthodox solutions to recognizable philosophical problems.

In addition to an introductory essay by Naomi Scheman, the volume's twenty chapters are grouped in sections titled The Subject of Philosophy and the Philosophical Subject, Wittgensteinian Feminist Philosophy: Contrasting Visions, Drawing Boundaries: Categories and Kinds, Being Human: Agents and Subjects, and Feminism's Allies: New Players, New Games. These essays give us ways of understanding Wittgenstein and feminist theory that make the alliance a mutually fruitful one, even as they bring to their readings of Wittgenstein an explicitly historical and political perspective that is, at best, implicit in his work. The recent salutary turn in (analytic) philosophy toward taking history seriously has shown how the apparently timeless problems of supposedly generic subjects arose out of historically specific circumstances. These essays shed light on the task of feminist theorists--along with postcolonial, queer, and critical race theorists--to (in Wittgenstein's words) rotate the axis of our examination around whatever real need s] might emerge through the struggles of modernity's Others.

Naomi Scheman is Professor of Philosophy and Women's Studies and Associate Dean of the Graduate School at the University of Minnesota. Peg O'Connor is Director of the Women's Studies Program at Gustavus Adolphus College.
Loading...
or
Not Currently Available for Direct Purchase