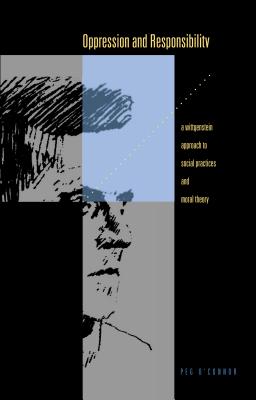 A Wittgensteinian Approach to Social Practices and Moral Theory

Combating homophobia, racism, sexism, and other forms of discrimination and violence in our society requires more than just focusing on the overt acts of prejudiced and abusive individuals. The very intelligibility of such acts, in fact, depends upon a background of shared beliefs, attitudes, and behaviors that together form the context of social practices in which these acts come to have the meaning they do. This book, inspired by Wittgenstein as well as feminist and critical race theory, shines a critical light on this background in order to show that we all share more responsibility for the persistence of oppressive social practices than we commonly suppose--or than traditional moral theories that connect responsibility just with the actions, rights, and liberties of individuals would lead us to believe.

First sketching a nonessentialist view of rationality, and emphasizing the role of power relations, Peg O'Connor then examines in subsequent chapters the relationship between a variety of foreground actions and background practices: burnings of African American churches, hate speech, child sexual abuse, coming out as a gay or lesbian teenager, and racial integration of public and private spaces. These examples serve to illuminate when our language games reinforce oppression and when they allow possibilities for resistance. Attending to the background, O'Connor argues, can give us insight into ways of transforming the nature and meaning of foreground actions.

Peg O'Connor is Professor of Gender, Women and Sexuality Studies and Philosophy at Gustavus Adolphus College and is coeditor of Feminist Interpretations of Ludwig Wittgenstein (Penn State, 2002).
Loading...
or
Not Currently Available for Direct Purchase