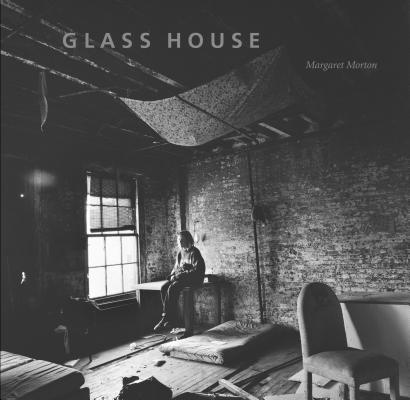 Your books--The Tunnel; Fragile Dwelling; Transitory Gardens, Uprooted Lives; and now Glass House--always use a place in their titles and often present photographs of sites throughout New York City. Why these titles? Why so many photographs of the places where the homeless gather to find shelter?

From the beginning, my work was devoted not to despair but rather to the courage and imagination with which people face adversity, the ways they manage to build makeshift structures and find warmth and community. I try to show that the term "homeless" is a misnomer that blinds us from seeing how people preserve their sense of home and identity while struggling for survival at the margins of society.

How does Glass House fit into your earlier work?

Unlike my other books, which are about adults, Glass House focuses upon a group of young people--some were runaways--who in 1993 established a communal home in an abandoned glass factory on Manhattan's Lower East Side.

How did you find out about Glass House and get access to the community?

I learned about Glass House from a homeless man whom I had photographed. He introduced me to Gentle Spike, one of the members of the community, who told me to meet him at Avenue D and East 10th Street on a Sunday night at 9 pm. "If no one is there," he said, "just yell 'Glass House.'" When I arrived at the seven-story building that next Sunday, it was completely dark and looked deserted. I waited a few minutes, then yelled "Glass House." Silence. I yelled again. Suddenly, a thick chain came hurtling down. I had the keys. I found my way to the second floor and a dimly lit, unheated room where about thirty-five people between the ages of seventeen and twenty-two were conducting what they called a "house meeting." "A stranger, a documentarian," was on the agenda. I showed them a copy of my first book, Transitory Gardens, Uprooted Lives. Discussion, a show of hands, then a woman slammed a sledgehammer on a table: I had been given permission to take photographs and conduct interviews as they continued their lives in this derelict brick building. After that night and for the next four months, I attended Thursday workdays, Sunday night house meetings, and met with individual residents.

Why do you think they accepted you?

These young men and women in Glass House had had many adults--teachers, parents, police--try to impose codes of behavior on them that they considered cruel or irrational or just too restrictive. I think that from the first they understood I would not judge them by society's norms of conduct. I accepted them as they were. Then, too, I believe the people in Glass House wanted to tell their stories, to present their experiences to a society they thought had been unwilling or unable to understand them. They decided they could trust me to record their way of life.

They took turns doing essential duties, built what was needed with what they could find, and took care of one another. Each and every one was required to respect house rules, which were strict and detailed, covering almost every eventuality from overnight guests to police raids. Here, for instance, is the guest policy: "You can't stay at Glass House unless you are the guest of a member. If you are the guest of a member, you can only sleep in his or her room. Glass House is not a crash pad. You can't sleep in the community room or in any other part of the house. All guests must attend Sunday night meetings, so we know your face. Any strangers will be escorted to the door.

You photographed Glass House from 1993 to 1994. Why did you wait so long to publish the material as a book?

Four months after I began my work, the police stormed the building and evicted everyone. I put aside my photographs, transcripts, and notes and turned to other projects. Then, a few years ago, a letter from one of the Glass House survivors prompted me to trace all the other former residents. I was saddened to learn that five of them had died, and impressed that many others had dramatically changed their lives. One now lives in a eucalyptus forest on Maui; another is an organic gardener in Costa Rica; yet another is preparing for law school. But all I contacted told me that their months in Glass House had been a turning point in their lives. Also it seems right to present this chronicle of young squatters at a time when gentrification is erasing virtually all traces of the ethnic groups and radical fringe that once gave Alphabet City such great diversity and vitality.

Margaret Morton is a photographer well known for her work with the homeless of New York City. Her photographs have been exhibited in numerous one-person and group shows in America and abroad. She has published several books of photographs and oral histories, including Fragile Dwelling (2000); The Tunnel (1995); and, with Diana Balmori, Transitory Gardens, Uprooted Lives (1993). Morton is Professor of Art at The Cooper Union.
or
Not Currently Available for Direct Purchase
Copyright © 2020 American Booksellers Association